How Freeview, TiVo, Browning and Telecom fit together 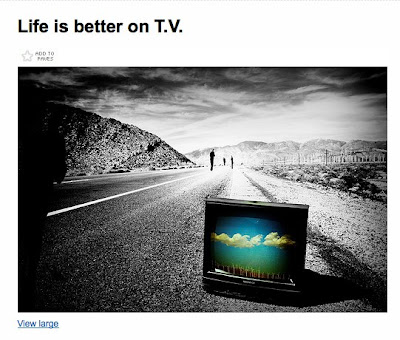 I've been following the TiVo and Freeview developments with interest.

I always thought that there was a good market for a decent PVR (akin to MySky) for Freeview in NZ.

There are interesting parallels in the UK where BT launched MicrosoftTV (known as MediaRoom) with the UK Freeview service under the banner BTVision.

It's been clear here that there is not enough capital for Freeview to do this on its own in NZ. Just take a look at the MyFreeviewHD link on the site.

It's basically a simple page that says you can buy a Freeview approved PVR that can record 2 channels with a basic 8 page programme guide. It's clear that there is no appetite to release this product.And they have just followed the same branding as MySky HDi without the 'i'. You have to look hard to find one on the site. When you do, you'll find is $1150. Ouch.

What is also clear is that Freeview is reaching a maturity point as a business. The infrastructure is in place and I would be surprised if more than 50% of installed decoders are stand-alone. My pick is that a fair chunk of them are embedded in TV's like Sony Bravia. So not much left to do for a start-up - all the work is being done by the Consumer Electronics companies.

Enter TiVo - I think this will shake up the local marker due to its pure simplicity. The reason TiVo is successful in the US is because it is smart about recording programmes in an Amazon kind of way. MySky is totally driven by the customer - so the ability to 'discover' new programming is down to what other people tell you. TiVo's strength is that it predicts what you might want to watch based on what you have recorded already.

It's a different proposition to MySky.

It's also a different proposition to Freeview - TiVo is about control.

So that is why it's attractive to Mr Browning who announced his resignation today. It's not a defection as opposed to a well managed move given Steve's previous background at TVNZ.

It will be a different business to Freeview - which is about digital quality - and will require more input. Input in terms of cash and product management.

Which brings in Telecom.

Hybrid TV have stated they are looking for a third investor. Telecom has always had an aspiration to get into Internet based TV. There have been multiple attempts - FirstMedia, trials with Sky, investigations with Freeview. But it's never really worked out what its role is - content delivery, content aggregator or owner. This meant it made some pretty poor decisions by trying to play in areas where it had limited skills i.e. trying to own swathes of content.

This is a gift wrapped opportunity to get into TV in NZ in a relatively cheap way without having to deal with content rights. Development risk is low, technology and brand are proven, there are no major content deals to be done (movies are easy for anyone to get). It's the right way to do it.

I would pick them to add this to their refreshed home broadband proposition - home VoIP, broadband and TiVo - which they could bring to market later this year. Only speculation on my part but its what I would do!

As long as Seven, TVNZ and Telecom - should it be them - stay in governance mode as opposed to management mode then Steve will have good support to hit his 120k customers in year 1.
Posted by Miki Szikszai at 9:52 pm 7 comments: Links to this post