Very pleased to announce that I have been appointed to the Executive Board of Internet NZ.
There is a great mix of board members for this Board - we met for the first time last week and I can say for sure that I am going to have a great opportunity to learn a lot from my Board colleagues. I continue to remind Paul Swain that he was a teacher at my Intermediate School which dates both of us....
Most of all I am excited about being able to do my bit to advance the mission of InternetNZ - to protect and promote the internet in NZ. It's something I am passionate about, and with the broadband access debate starting to reach a level of maturity it's time to look to the next set of issues to address to ensure that the Internet is a key part of NZ's economic and creative engine.
InternetNZ has done a great job of advancing this debate and I look forward to being able to serve its well-informed and passionate members.
Posted by Miki Szikszai at 8:59 am 2 comments: Links to this post

There is a very clear reason why Vodafone introduced the initial contract plans for the iPhone - reducing ARPU for postpaid customers.
This article suggests postpaid ARPU fell around 10% in the quarter. Ugly. Driven by the current economic situation as opposed to the competitive situation, in my opinion.
That being the case, iPhone presented an opportunity for Vodafone to increase ARPU through higher rate plans with a lower initial hurdle. All very sensible but as we know the marketing execution did not have the intended result.
I had a look at the Vodafone site today to check my facts on the iPhone plans - being offline for a couple of weeks I missed that the high end plan that caused all the angst seems to have been removed and it is much clearer that you can use other existing Vodafone plans. I was going to say that Vodafone had introduced these plans purely for raising ARPU but it appears that they listened (to some extent) to their customers post-launch and at least tightened up the information.
Related I heard a rumour (unsubstantiated) that they are in the dog-box with Apple as a result of the negative publicity around the iPhone release. Probably opens up another window for Telecom as I assume being in the Apple dog-box means that iPhone stock allocation from Steve Jobs is not forthcoming...
Posted by Miki Szikszai at 9:01 pm 6 comments: Links to this post

So the circle is now complete - Rod comments on his valedictory blog, an ironic end....

For those who want to know who else to keep tabs on with Rod's move to xero focussed blogging, here are a set of blogs to keep an eye on. This is made up of commentators to this 'last' post as well as others who are pushing the conversation along.

http://szikszai.blogspot.com/
With these blogs you'll get a mix of technology, start-up entrepreneurs,wellington issues, insightful comment, humour and the rest. Still a gap here for some leadership on the big issues like Broadband Trade Routes though.  It is really interesting to me that there is a very deep need for a lot of people who are blazing their own trails to have someone to follow, who can be a collection point for the issues and debates. Rod's blog really hit the spot.
Add any others that you follow in the comments. Self-promotion welcome!
Posted by Miki Szikszai at 7:03 pm 2 comments: Links to this post

Just had MySky HDi installed.
First impressions are really good
1. Everything upscales to 1080i
2. NASCAR on SKYSport HD looked much better, although not as good as some HD sport I saw in the US a couple of years ago
3. EPG is much faster but still pretty clunky for functions like search
4. HD programmes take up a lot of space on the hard drive - apparently up to 10% of the drive for one movie. Just as well the drive is double in size.
5. Supplied with HDMI cable - nice
Primary downside is that everything that I recorded on the old box has gone south (no point having 2 x MySky in our house). Would be nice if it was transferred especially since there are USB ports on both boxes.
The real test will be the rugby this week - watching last week's game from Oz was a nightmare - far too much blurring...
UPDATE: Watched the AB's test last night - SOOOOO much better than non-HD. It's easier on the eye, detail is sharper and would probably look even better if it wasn't on my small 32" LCD.
Posted by Miki Szikszai at 11:45 am 2 comments: Links to this post 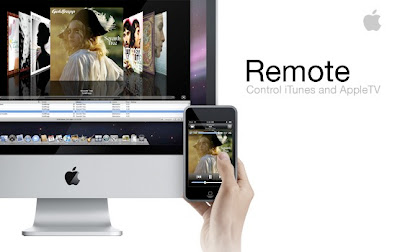 I've been playing around with various 'cheap' versions of ways to get my iTunes library playing through my stereo.
I could not justify a Sonos based on the price tag but it would be fair to say that all other versions have met with frustration with the household around ease of use. The proof being that we still have 100's of CDs near the stereo - much to my chagrin.
The four methods I have used to date have been
1. iPod in cradle - not useful for those who haven't used one before and locks your ipod in one place
2. Roku Soundbridge - good size and price, cumbersome UI
3. Squeezebox - bit big, remote better but still lacking in intuition.
4. Airport Express - easy to install - you just have to keep walking to the other room to control the music.
Options 2 & 3 also fail with playing protected tracks from iTunes, which is the stuff I have bought most recently so that is a pain.
The Sonos is the ultimate device - easy remote and amps with selectable speakers. Main issue is its price tag of close to $2k. I tried to purchase the one at the office that wasn't being used but no joy.
So the Remote application seems to be a great solution - all I need to do is get another airport express (previous was on loan) and I can control the remote speakers from the iPod Touch. I would take an old 802.11 g version if someone has one lying around (ok, I am cheap!). Probably doesn't have the killer feature of cueing up your next song, but on balance (and the fact you can use multiple Airport Express devices) then I'd go for that.
Unfortunately does not solve the iTunes server issue - papers over the cracks really as you can see all the servers but still means song replication on multiple servers which must be a relatively easy problem to solve.
Any other ways that people are using that could work better ? Especially for the non-technically oriented family members ?
Posted by Miki Szikszai at 10:10 pm 7 comments: Links to this post

Vodafone NZ, iPhone and a marketing step too far

There's been an outrage on Vodafone NZ's iPhone plans. I've been commenting on Rod Drury's blog on Mark Rushworth's performance on Campbell Live.

I've known Mark for a good while now and thought he did well given the approach that John Campbell took. Unfortunately for him he couldn't get the really good news out there.

There is a lot of emotion in the NZ market about Vodafone 'ripping people off' and its easy to see how that could happen. The fact is, with the exact same information and a different approach this could be significantly different - and it all comes back to wanting to take the marketing a step further than they needed to.

My hypothesis is pretty simple - Vodafone have Telecom on the ropes at the moment and want to make a killer blow. iPhone is pretty close to that. However instead of landing one massive punch, they have only ended up with a relatively weak hit. And that is as a result of trying to overplay their hand.

The overplaying of the hand was by a two stage release of handset prices and plans.

The announcement of $199 sticker price for the iPhone on Monday was designed to maximise the hype around the iPhone. That price all of a sudden meant that someone on Sunday who thought iPhone was unobtainable found that they could afford the entry ticket. That would have got a lot of people very excited (hey - we were talking about 2 of them at home!). An implied promise was made - you could afford the iPhone.

The release of the plans the next day broke the promise - it wasn't affordable.

That is the root of this issue - an implied promise was made and then broken.

When you look at it in more detail, its a like a fighter who has swung to land the killer blow and then ended up hitting himself in the back of the head. Here's why.

1. There was no benefit in splitting the plans and the headline price - the people who are most upset now are the people who would have ruled themselves out of buying an iPhone already based on their expectation of the price. Vodafone have upset their next tier of customers down. By launching the sticker price and the plans on the same day these customers would not have even been in the conversation.

2.These upset customers are looking very deeply into Vodafone plans - the issues around prepaid, $1 a day data and lack of total customer choice means that Vodafone is getting more scrutiny that it would have expected and is having to defend this.

3. What has been missed is that the $250 plan, when compared to existing Vodafone plans is actually very sharp. It's a 10% saving on an equivalent plan for the same bundle - it costs less. No-one has picked that up. In fact most people seem to think this is somehow a rort. So Vodafone has actually cut some prices but is not getting any credit for it.

4. Instead of basking in the glow of iPhone solely, it opens up an opportunity for Telecom to do something different with mobile data pricing. Whether it takes this opportunity is a moot point - this is an opportunity that simply was not there at the start of the week.

My view - launching these plans in one hit at an event would have given Vodafone a pretty strong position. Trying to milk it has led to an instant loss of trust.

Will be interesting to see how Vodafone learn from this - that is the next challenge - my guess is that they are locked into an Apple contract that gives them limited flexibility at this point and will just have to tough it out.

Disclaimer - I am working for Telecom Wholesale today, 9th July 2008 (and for the next two days). These opinions remain my own and do not represent any company position.
Posted by Miki Szikszai at 9:48 am 5 comments: Links to this post

Ella chose this from the toy library today. Coincidence - I think not based on today's big news 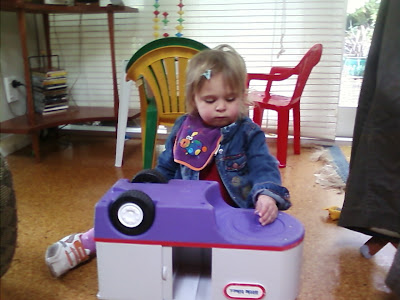 Posted by Miki Szikszai at 12:59 pm No comments: Links to this post